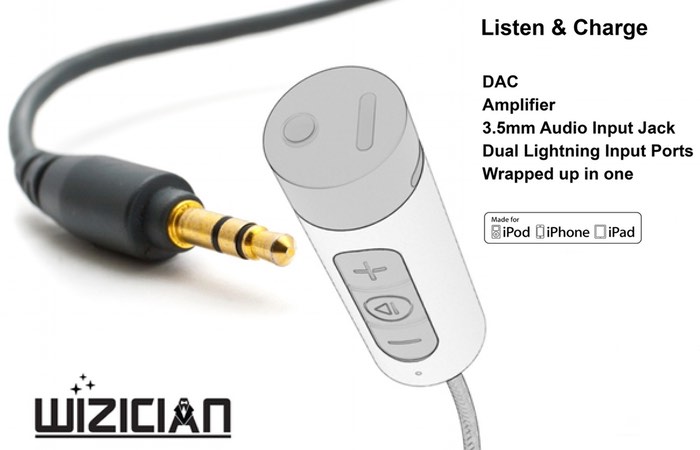 Those of you that have purchased a new iPhone, but are still missing your 3.5 mm audio input jack, may be interested in a new device which has been launched via Kickstarter this week in the form of the Wizician.

The Wizician provides a DAC, amplifier, 3.5 mm audio jack and dual Lightning input all in one pocket sized handy device. Which allows you to listen to audio and charge your smartphone simultaneously. 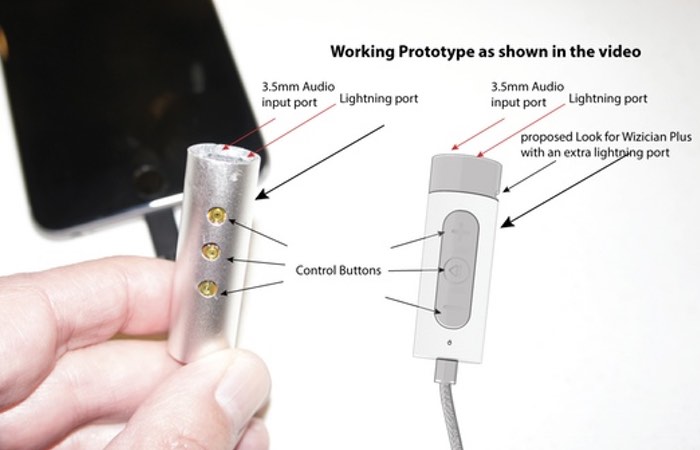 Watch the promotional video below to learn more about the features and functionality of the Wizician adapter which is hoping to raise AUD $10,000 via Kickstarter over the next 28 days. Its developers explain little more about its inspiration and design.

Meet Wizician, a Digital-to-Analogue Converter and Amplifier that is small, light, battery free and connects to your headphones in seconds via Lightning port and makes any headphones sound amazing with clearer, louder, richer-sounding music and superior bass.

We have selected our MFi certified manufacturer and have been granted a PPID for Wizician, which simply means a preliminary approval based on our prototype and using Apple genuine C68 and C37 connector/port. This approval is a big milestone that allows us to certify the final production unit in 2 or 3 weeks.

At one end it has a short cable with an 8-pin lightning connector and on the other a 3.5mm audio jack input where you could plug your headphone or even a speaker and a pass-through charging via lightning so you can charge or sync your mobile device while listening to music. Wizician Plus has an additional Lightning input port so you can plug headphones with either a 3.5mm audio jack or a those with a lightning connector.

Many of us have come to rely on our phones as our primary listening devices, they hold thousands of songs and they are easy to use but cramming so many features into one device comes at a cost and that cost is sound quality.

To make a pledge from AUD $55 and for full specifications visit the Kickstarter website via the link below.