Within the beta releases of the iOS 4.3 developer versions App Advice has discovered a new feature that has long been called for by iPhone users, the ability to cancel apps downloading in mid-progress.

It might only be a small feature but it so annoying when you cant delete a huge application from downloading and hogging your bandwidth when your out and about and reliant on 3G. To delete an app mid-download simply enter the wobble icon mode and tap the x that now appears in the top left of icon, as you would for to remove other applications. 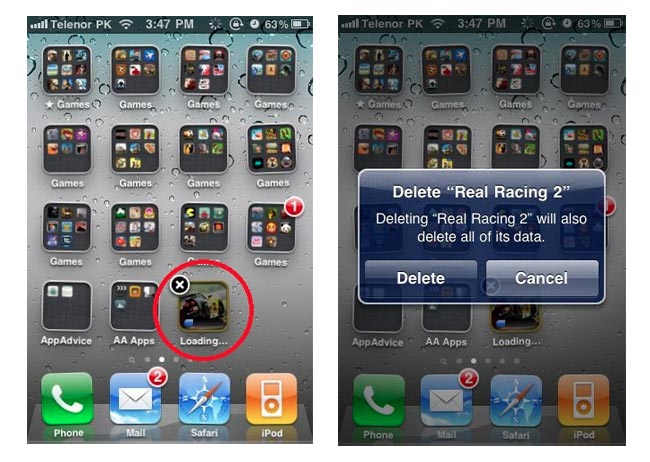 Today Apple is also expected to release another beta version of it up and coming iOS 4.3 software, the third new beta build will be posted for developers, wearing the build number 8F5166b.