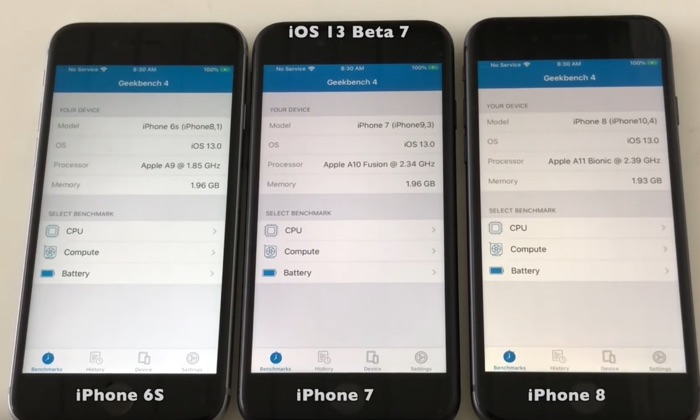 The new iOS 13 beta 7 software was released last week, we have already seen some speed tests of the software and now we have a battery life test.

The latest video from iAppleBytes give us a look at the battery life on iOS 13 beta 7 will there be any improvements? Lets find out. The tests are run on the iPhone 6S, iPhone 7 and iPhone 8, first with iOS 12.4 and then with the new iOS 13 beta 7 software.

As this is a beta of iOS 13, there could be changes to the battery life by the time the final version of the software is released. We are expecting Apple to launch their new OS some time in September along with their new iPhone 11 smartphones.