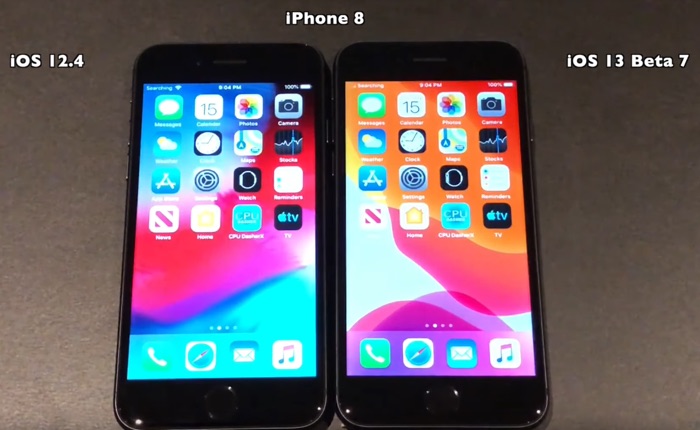 Apple’s 7th beta of iOS 13 was recently released and now we have a new speed test video of iOS 13 beta 7, the video from iAppleBytes puts the latest beta to test.

In the video below the new iOS 13 beta 7 is tested up against the current iOS release of iOS 12.4 on the iPhone 6S, iPhone 7 and iPhone 8.

As we can see from the video the iPhone 6S running the new beta booted up slightly faster and some of the apps do appear to be faster in the new iOS 13 beta, especially some of the third party apps.

The iPhone 7 running the new beta booted up slightly quicker, there are also some speed improvements in some apps, mainly the third party ones.

In the final test the iPhone 8 running the new beta booted up faster, there were also some speed improvements in some of the third party apps. Apple is expected to release their iOS 13 software in September, Apple’s new iPhone 11 is rumored to launch at a press event on the 10th of September.