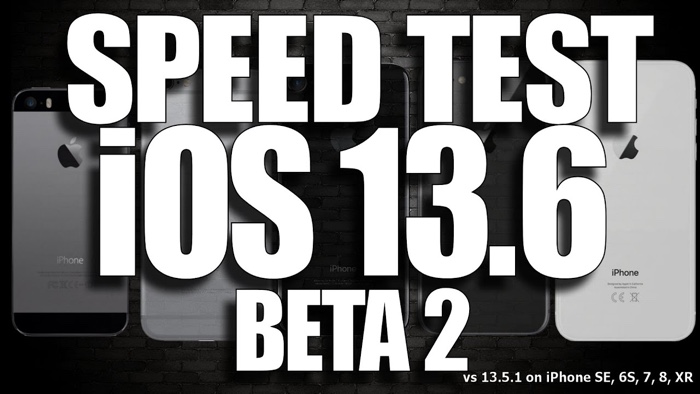 Apple new iOS 13.6 beta software was released yesterday and now we get to find out if there are any speed improvements in a speed test of iOS 13.6 Beta 2 vs iOS 13.5.1.

In the video below the new iOS 13.6 beta 2 is tested side by side with the iOS 13.5.1 to see if there are any speed improvements in this new beta.

As we can see from the video some devices booted up slightly faster although there were no major changes, there do not appear to be any major speed improvements in the various apps.

As this is the second beta in the series it will be a while before the final version of iOS 13.6 is released, we are expecting this to happen some time in early July.