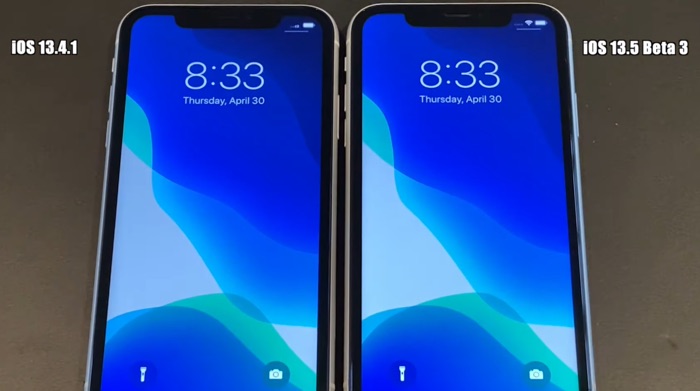 Apple recently released iOS 13.5 beta 3, we have already seen a hand on video of the new beta and now we have a speed test.

In the video below we get to see the current release of iOS 13.4.1 run side by side with the new iOS 13.5 beta 3 on a number of devices, lets see if there are any speed improvements.

As we can see from the video there are no major speed improvements in the new beta of iOS 13.5 over iOS 13.4.1 in either the apps or the boot up times, this may change by the time Apple releases the final version of the software.

As this is only the third beta of iOS 13.5, it will be a little while before the final version of the software lands, we are expecting this to happen some time in May.