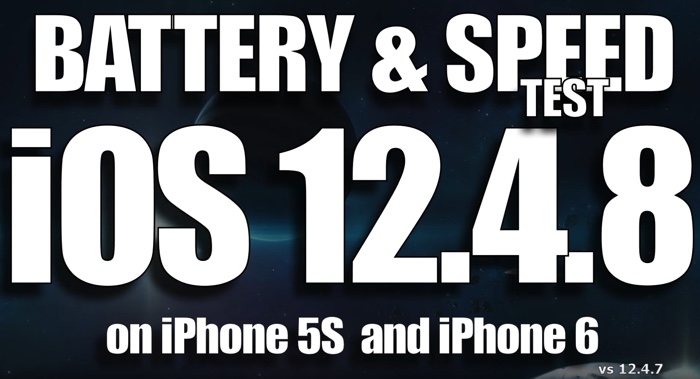 Last week Apple release iOS 12.4.8 for older devices that are not supported by iOS 13, this is devices like the iPhone 6 and older and now we have a battery life and speed test video of the OS.

As we can see from the video there do not appear to be any speed improvements in the boot up times and also in the various apps.