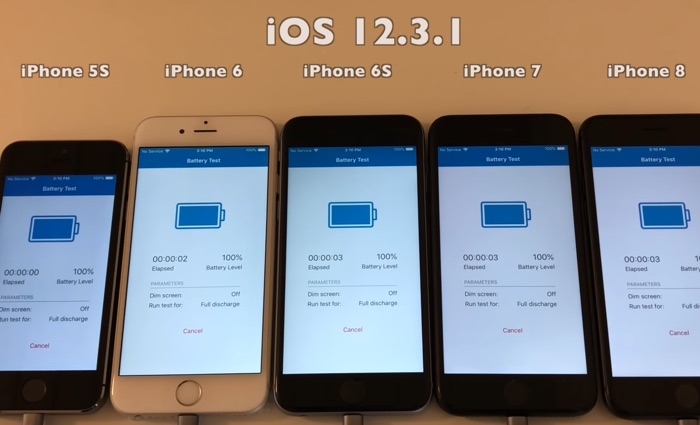 Apple recently released a new iOS 12.3.1 software update, this update was a surprise and it came with some bug fixes, the update did not have any new features.

Now we have a some battery life tests of the new iOS 12.3.1 software against the previous versions of Apple’s mobile OS, lets see if there are any improvements.

As we can see from the video there were battery live improvements on the iPhone 5S and iPhone 6, the iPhone 6 was exactly the same.