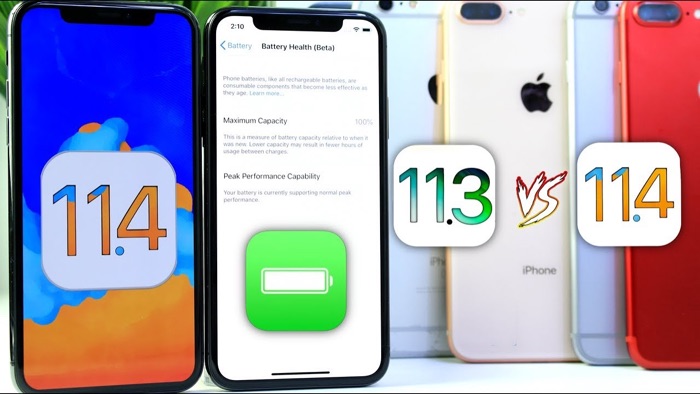 The first beta of iOS 11.4 is out, we recently saw a video comparing the new beta to the current release and now we have a battery life test video of iOS 11.4 vs iOS 11.3 .

The battery life tests of iOS 11.4 and iOS 11.3 are run on the iPhone 6, iPhone 6S, iPhone 7 and iPhone 10. First up is the video are the handsets tested on the current release of iOS.

As this is the first beta of the iOS 11.4 we are not expecting to see the final version of the software anytime soon, as soon as we get some details on exaclty when the update will land, we will let you guys know.