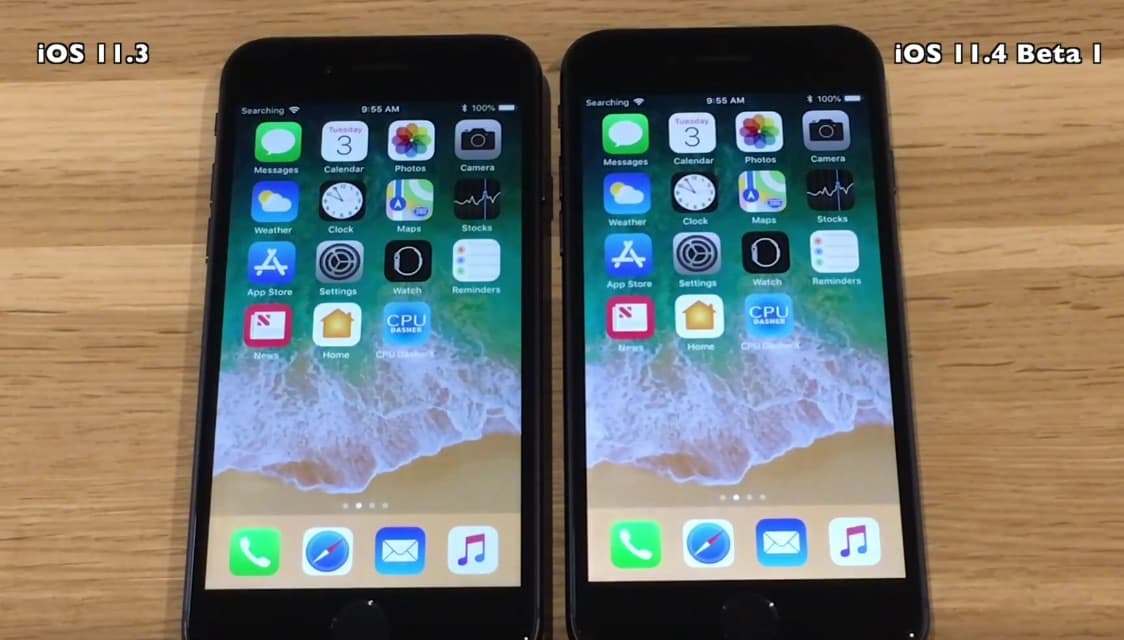 Apple recently released their first beta of iOS 11.4 and now we have some videos of iOS 11.4 Beta 1 vs iOS 11.3. The new iOS 11.3 software update landed at the end of last week, Apple also released this new beta earlier this week.

As we can see from the first video, the iPhone 5S running the current iOS 11.3 software booted up faster than the handset with the new beta. There does not appear to be much difference between the two in the apps. Next is the iPhone 6.

As we can see from the video the iPhone 7 running the iOS 11.3 software booted up faster than the handset with the new beta. No major difference in the apps, finally we have the iPhone 8.

In the last video with the iPhone 8, the handset running the current iOS 11.3 software was faster than the device running the new beta. So it looks like there are no speed improvements with iOS 11.4 as yet. Of course this is the first beta of the software and we may end up seeing some speed imporvements by the time the final version is released.