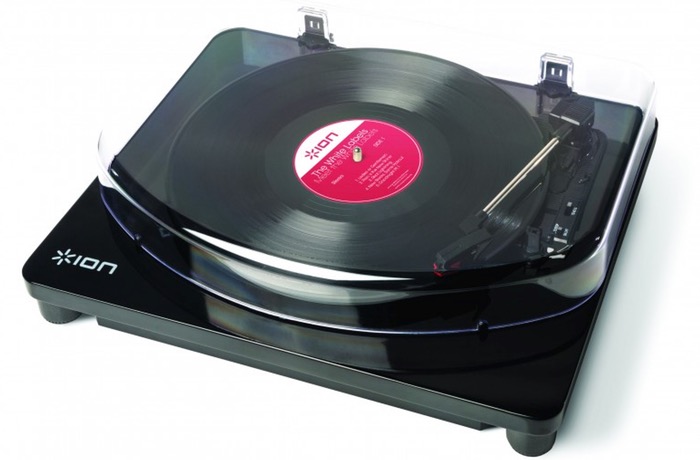 If you thought that vinyl records were killed off by digital audio you might be surprised to learn that a Nielsen Music Report for last year revealed that vinyl sales in the US increased by 52 percent.

Although even with a large percentage increase when compared to digital streamed songs vinyl records still have a long way to go to compete with the 164 billion songs that were streamed last year.

Although iON is hoping for an even bigger rival Wendy Fortin, ION Product Manager explains :

“Vinyl is alive and well,”-“With vinyl album sales on the rise and the increasing popularity of Bluetooth speakers, we wanted to connect the best of both worlds and create a wireless way to enjoy your records. Air LP’s innovative design puts vinyl records on an entirely new wavelength; our customers are going to love this modern update to the traditional turntable.”

If you enjoy listening to vinyl records you might be interested in a new turntable which is equipped with Bluetooth connectivity in the form of the iON Air LP Bluetooth turntable that will be available to purchase in March 2015 for around $150 on its own, or supplied with a set of Bluetooth speakers for $180.

The iON Air LP Bluetooth turntable can be connected via cabled to a hi-fi system using the included RCA outputs, but can also convert analog vinyl sounds to digital signals and then wirelessly stream them directly to Bluetooth speakers and amps for your enjoyment. For more information on the new iON Air LP turntable jump over to the iON website for details via the link below.