Windows developers might be interested in a new Windows-compatible dev board called the Intel Sharks Cove, which has been unveiled this week by Microsoft.

Who has announced a new initiative to develop a range of boards with partners such as Intel to enable programmers to test window applications in the same way that Android or embedded Linux applications can be tested by developers on boards that are compatible with those platforms. 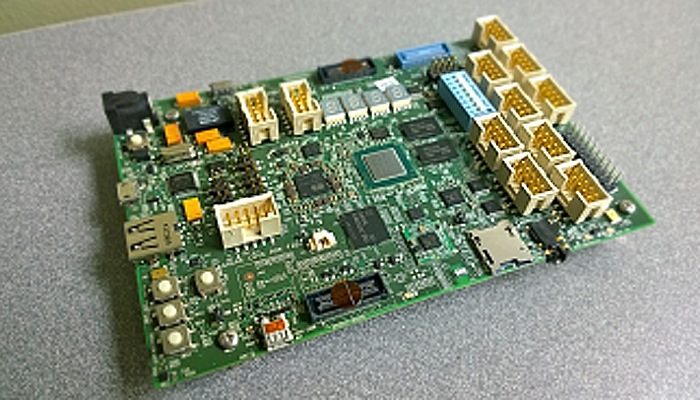 The specifications of the new Intel Sharks Cove Windows development board include an Intel Atom processor, together with a variety of interfaces including : GPIO, I2C, I2S, UART, SDIO, and USB.

The new Intel Sharks Cove Windows compatible development board will be available to purchase in the second half of 2014 , Microsoft explains a little more.

“A new Microsoft initiative will make it a lot easier for hardware engineers to develop and certify Windows drivers using cost-effective boards designed for specific System on a Chip (SoC) environments.

Hardware engineers have traditionally faced challenges in creating Windows drivers for SoC platforms. Unlike PCs, which have PCI slots and USB ports, SoC systems like tablets and clamshells use low-power internal buses that lack standard connectors, Plug and Play support, and discovery mechanisms.

Often these devices are protected by secure boot and cannot be used to develop or test third-party drivers. That will soon change. Hardware engineers will be able to buy off-the-shelf boards that are designed to work with specific SoC environments.”

For more information on the new Intel Sharks Cove jump over to the official Microsoft website for details.