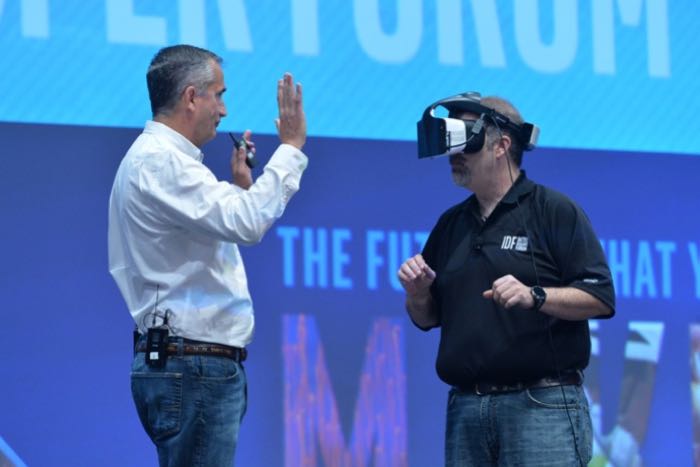 Intel has announced a new all in one VR headset called Project Alloy, Intel has developed their new platform from the ground up.

According to Intel their new Project Alloy comes with everything you need for VR built into their headset, the device is also wireless.

During his opening keynote at the 2016 Intel Developer Forum in San Francisco on Tuesday, Intel CEO Brian Krzanich unveiled Project Alloy, an all-in-one virtual reality solution made from the ground up. A clear example of the future of merged reality today, the Alloy platform completely redefines what is possible in an all-in-one VR platform.

Go untethered:  Operate without pesky cords dangling from your VR headset connecting to the computer. The computing power is located in the Alloy Head-Mounted Device (HMD), which allows the user to experience VR untethered. That means you can “cut the VR cord,” allowing a free range of motion with 6 degrees-of-freedom across a large space.  This, combined with collision detection and avoidance, enables the user to utilize physical movement to explore a virtual space.

You can find out more details about Intel’s Project Alloy over at their website at the link below, Intel will make the technology available for developers and hardware manufacturers to build on the platform in 2017.