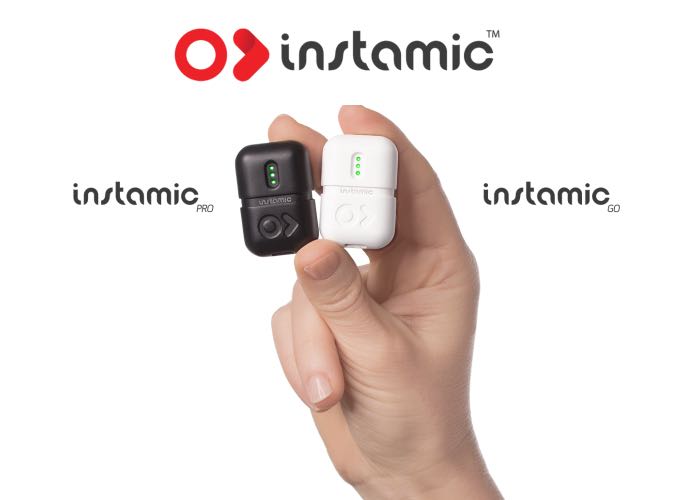 If you feel that you are not recording the full audio when capturing video or recording snippets from the real world, you might be interested in a new palm sized audio recorder that has been designed to be easy to operate yet capture the full range of audio at most microphones would miss.

Being marketed as the ‘The GoPro Of Microphones’ the new Instamic is currently over on the Indiegogo crowdfunding website looking to raise $50,000 and has already raised over $10,000 in just 16 hours.

Instamic has been created by Michele Baggio and can be seen in action in the video below, Baggio explains more:

The black (Instamic Pro) is your ‘traditional’ microphone color, which is great for indoor film sets and recording in darker environments. The white Instamic Go case allow for Instamic to be ‘camouflaged’ into most bright, day-lit environments.”

For more information on the new Instamic audio recorder jump over to the Indiegogo website for details via the link below and make a pledge for $129.