Yesterday EA announced it has teamed up with Insomniac Games to create a new four-person co-op shooter called Fuse. Now EA has released a new trailer for their upcoming game, after a slight delay due to legal reasons revealing what you can expect from Fuse when it arrives. 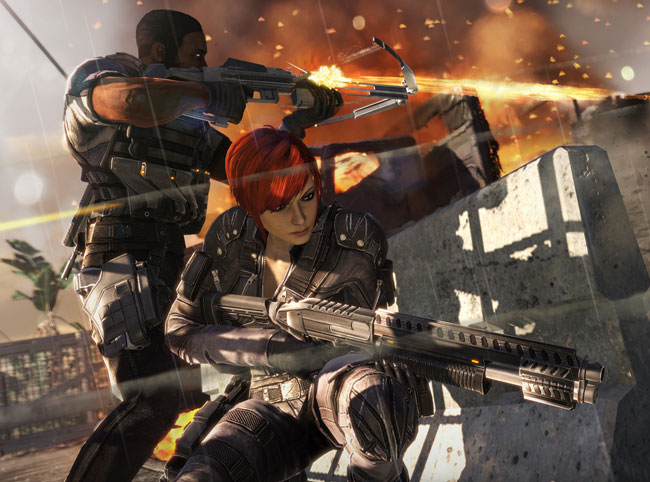 “We had an awesome trailer planned and finished. Unfortunately a last-minute legal rights issue has prevented us from releasing the trailer as planned,”-“EA is trying to obtain the necessary approvals and we hope to bring the trailer to you soon. After discussing internally, we wanted to stop the countdown and explain what happened.”

Fuse is set in the near future and follows a team of four misfit agents collectively known as Overstrike 9, who infiltrate enemy strongholds using fringe-tech gadgets and lethal teamwork. Fuse will provide gamers with story driven action, allowing players able to level up their characters along specific paths both online and off-line. Fuse will be launching in March 2013 on the PS3 and Xbox 360.