If you’re a fan of shooters on game consoles, EA has announced that it has teamed up with Insomniac Games on a new four-person co-op title called Fuse. This game was previously called Overstrike. The player is able to play is one of four different characters each with their own weapons and strengths. 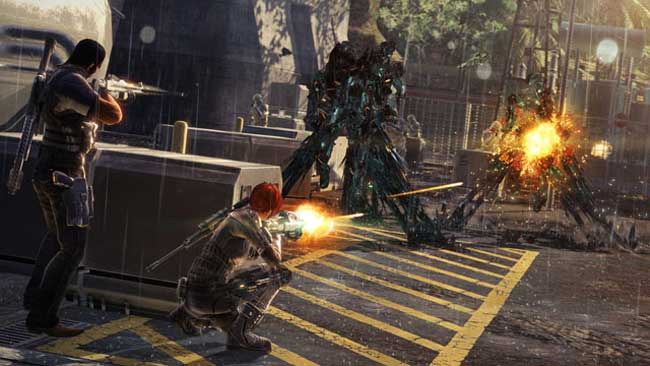 While the game is designed for four players to play at the same time, it will allow single player play with players being able to change to any one of the four characters at will. The premise of the game is that the players are fighting against a paramilitary organization seeking to steal an alien power source called Fuse from a secure government facility.

The game promises story driven action with the players being able to level up their characters along specific paths both online and off-line. Leveling up the characters will allow users to unlock powerful Fuse-driven abilities as the game progresses. The game watching March of 2013 on the PS3 and Xbox 360.