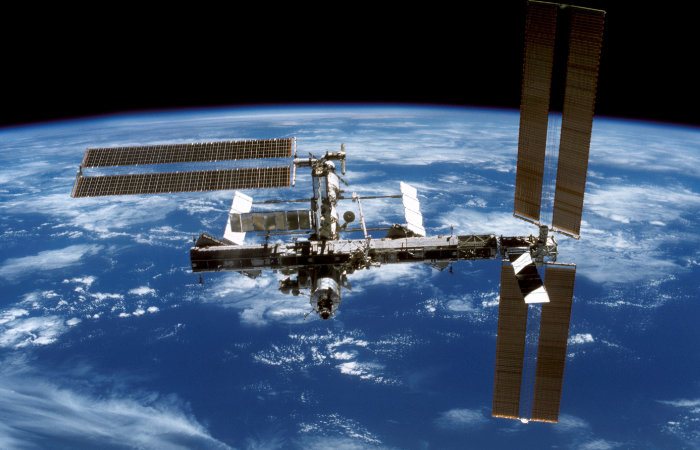 The modular International Space Station (ISS) is currently in low Earth orbit and was first launched back in November 1998 and currently has a crew of seven living the board. If you are interested in learning more about the living conditions on the space station you may be interested in a quick tour video created by Russian cosmonaut Oleg Artemyev who takes you from one end of the station to the other in a first person perspective taking the longest route possible on the International Space Station from the Japanese storage module to the Russian cargo module. Don’t forget you can turn on caption translations in the bottom right to the left of the gear symbol in the YouTube player if you would like to hear what cosmonaut Artemyev is saying.

“The station is divided into two sections: the Russian Orbital Segment (ROS) is operated by Russia, while the United States Orbital Segment (USOS) is run by the United States as well as many other nations. Roscosmos has endorsed the continued operation of ROS through 2024, having previously proposed using elements of the segment to construct a new Russian space station called OPSEK.The first ISS component was launched in 1998, and the first long-term residents arrived on 2 November 2000 after being launched from the Baikonur Cosmodrome on 31 October 2000.”

“The station has since been continuously occupied for 20 years and 272 days, the longest continuous human presence in low Earth orbit, having surpassed the previous record of 9 years and 357 days held by the Mir space station. The latest major pressurised module, Leonardo, was fitted in 2011 and an experimental inflatable space habitat was added in 2016. Development and assembly of the station continues, with several major new Russian elements scheduled for launch starting in 2021. As of December 2018, the station’s operation authorization was extended to 2030, with funding secured until 2025.”