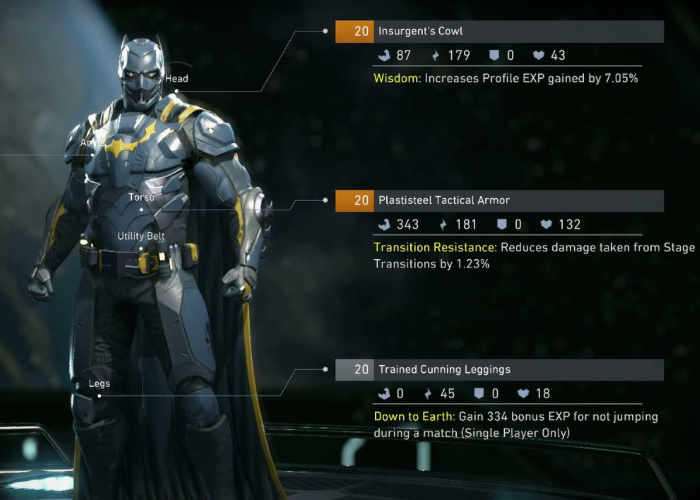 During the recent Game Developers Conference 2017 in San Francisco, more details were revealed about the upcoming new Injustice 2 game with a chance to go hands-on with the new game being developed by NetherRealm Studios.

Check out the first part of the Shattered Alliances Injustice 2 trailer to learn more about what you can expect from the storyline.

This week Sid Shuman from SIEA has taken to the official PlayStation blog to reveal more about character customisation and the “robust RPG-style gear system” which has been integrated into the game.

There are two main ways to earn gear: conquering opponents in online and offline modes, or by purchasing Mother Boxes using gold earned from matches. Gear revolves around four main body parts — head, chest, arms, and legs — plus an “accessory” (think Harley Quinn’s pistols). Most gear you collect will buff at least one of your four base stats: Strength and Ability determine the offensive power of basic attacks and special moves, while Defense and Health dictate how much damage your superhero can absorb.

More exotic effects — resistance to environmental damage, earning XP more quickly — come via “augmentations” found on some higher-tier items. Full gear sets, such as Batman’s kryptonite-infused outfit, are likely to be especially prized because they can grant dramatic bonuses when fully assembled. After playing dress-up, you can apply shaders to alter your hero’s color schemes in some striking ways. A purple-clad Superman? Why not! I’m expecting to see some seriously creative designs here come May.

For more details on the character customisation within Injustice 2 jump over to the official PlayStation blog via the link below.