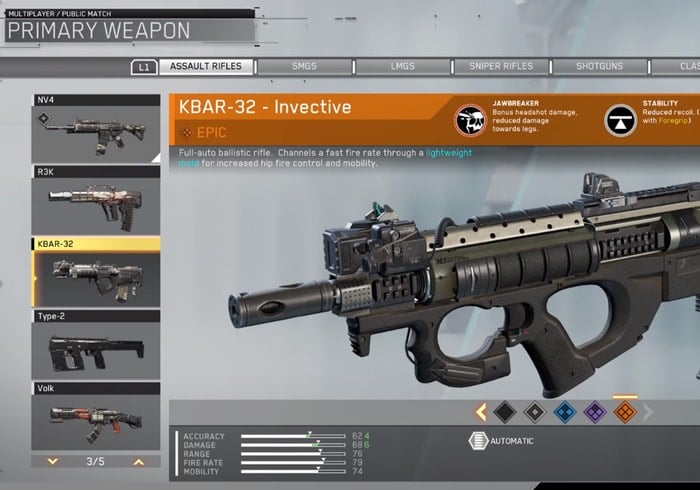 Due to server issues experienced by players the Call of Duty: Infinite Warfare beta on PS4 has been extended an extra 24 hours until Tuesday at 10 am PST / 1 pm EST.

In the new trailer released over the weekend Infinity Ward has unveiled a little more about the new Weapon Crafting system which has been added to the game.

Infinite Warfare introduces weapon crafting for the first time ever in Call of Duty. Using “Salvage,” the in-game crafting currency, players can construct new Prototype Weapons, each with their own set of Gun Perks. Be among the first in the world to experience Prototypes and Crafting in the Infinite Warfare Multiplayer Beta.