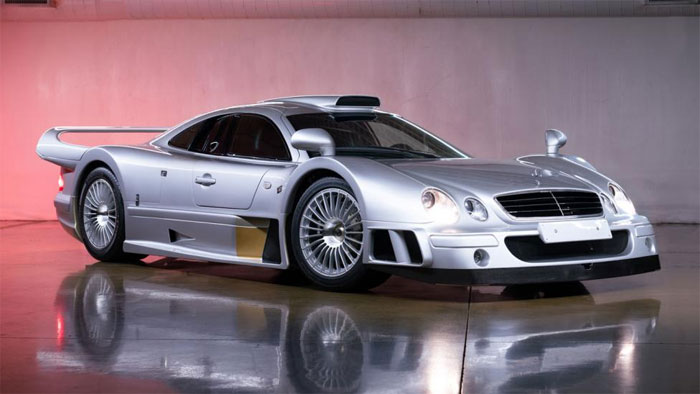 In the world of Mercedes-Benz performance cars, one in particular stands above the others. Back in the late 90s, Mercedes and AMG teamed up well before they were essentially the same company as they are now. The results that tie up in 1997 was a very short run of the iconic Mercedes-Benz AMG CLK GTR. To say the vehicle was a racing car that also happens to be street legal would be an understatement.

The car was originally a homologation model to get the vehicle into the FIA GT Championship. The series required at least 25 road versions of the racing car to be produced, leading Mercedes and AMG to do just that. The car in the images here is number 9 of 25, which comprised 20 coupes and five roadsters.

All of them had the same 6.9-liter V12 making over 600 horsepower and 572 pound-foot of torque. The car was able to reach 62 mph in 3.8 seconds, which was blazing fast for its era. It had a top speed of 214 mph and incredible styling. This car is heading to auction with Gooding & Co. and has only 896 miles on the odometer. It comes with all manuals, the carbon front undertray, socket wrench for the wheels, and wooden blocks for using hydraulic jacks. The car is expected to bring between $8 million and $10 million at auction.