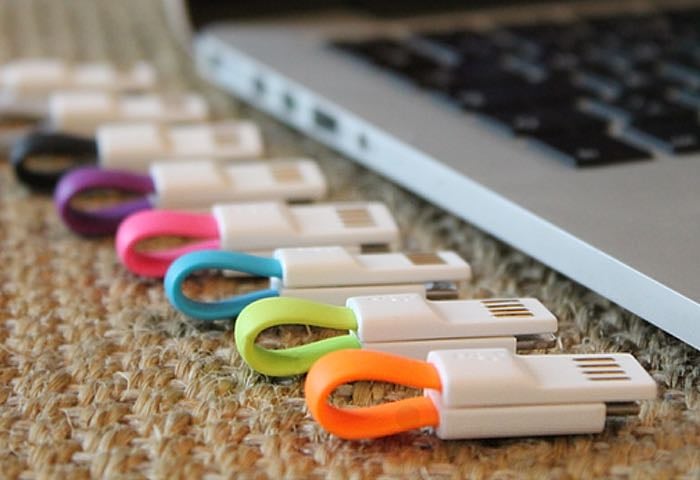 Some of our readers might remember the super compact USB charging cable that was designed by Lorenzo, Carlo and Paolo called the inCharge that successfully launched on Indiegogo last year.

Now the team have launched on Kickstarter with a new second generation USB charging cable that charges twice as quick as a standard cable and offers both Lighting and microUSB connections supporting both Android and Apple devices.

Watch the video below to learn more about the new inCharge Bolt charging cables and their new and new features.

“inCharge Bolt is the smallest keyring cable in the world, charging at up to twice the speed of a standard cable. Thanks to a pretty cool magnet closure, it attaches onto your keys, making it impossible to forget it at home.

It allows you to charge your smartphone (or any lightning/microUSB device really) virtually anywhere, since there are estimated to be more than 5 billion USB ports around the world.

Lorenzo and Carlo, last year raised on Indiegogo $ 400.000+ with inCharge, successfully delivering to more than 25.000 funders all around the world. Since then we have been working together with Paolo, market analyst established in London, to bring you inCharge Bolt.”

Jump over to the Kickstarter website to make a pledge from £5 to own yours.