The number of leaks about the upcoming iPhone 5S and iPhone 5C are rising with every passing day. Apple scheduled a press event in Cupertino on September 10 where the company is expected to unveil its refreshed iPhone lineup. Last week, we saw the retail packing of the iPhone 5C and today, more images of the alleged iPhone 5S packing have been leaked. 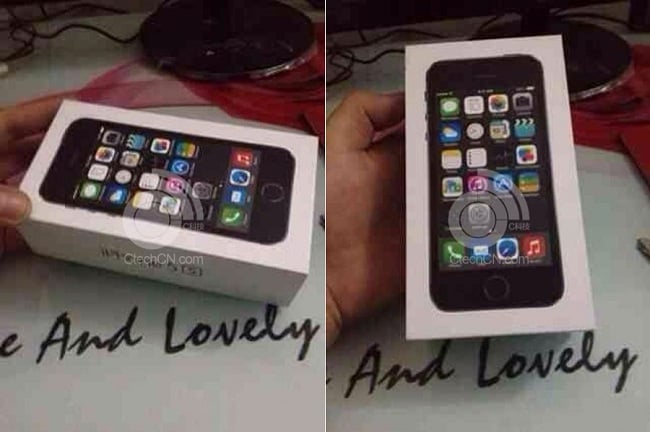 Before we move on, let me remind you that it’s just a leak and you should not put your entire faith it in. The images emerged from a Chinese blog – C Technology – that leaked a great detail of information about the upcoming iPhone lineup. By looking at the box, we cannot say if it’s the real deal or not, but the retail packing shows the logo “iPhone 5S” on the side. The top of the device shows an alleged iPhone 5S, and if you take a closer look at the box, there is a silver lining on the home button that suggests the presence of a fingerprint scanner, as rumored before. 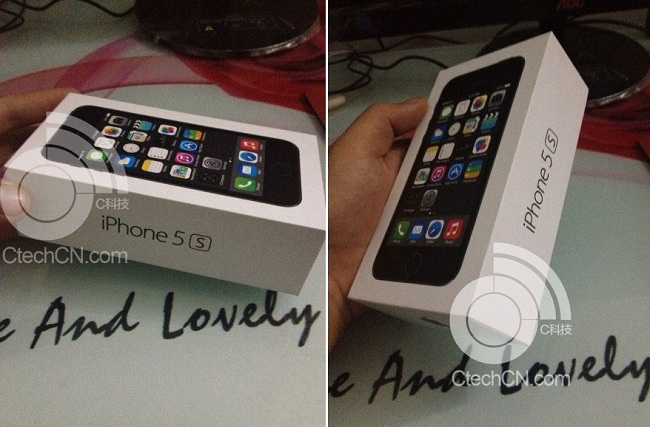 Currently, we cannot say if the images are legit or not. Apple is expected to unveil the iPhone lineup on 10th of September, with the expected availability date of 20th of September. Apple has blacked out vacations for its employees in the second half of September, which suggests that we might see some new Apple products next week. I’d recommend you mark your calendars for September 10.