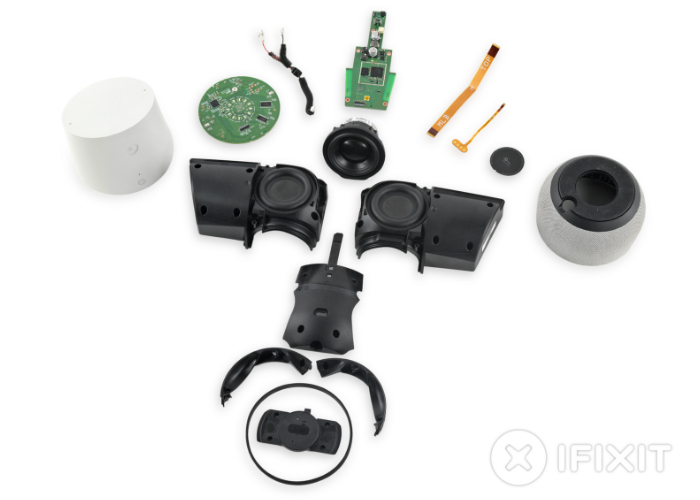 In true iFixit fashion the team have this week taken their toolkit to the new Google Home assistant which has recently launched throughout the US priced at $130.

Providing competition to the already available Amazon Echo the Google Home provides similar features using the Google Assistant service and can be used to control a wide variety of smart home devices. Although at the current time not quite as many as supported by the Amazon Echo hardware which uses the Amazon Alexa service. 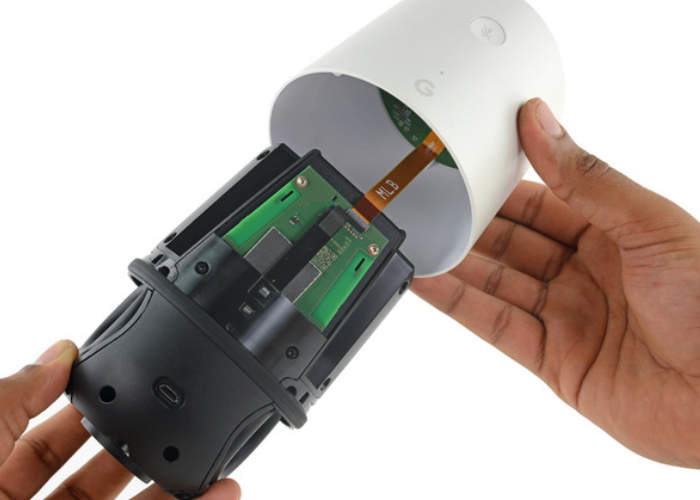 – Minimal moving parts means there are minimal points of failure.
– Only standard screws and connectors are used throughout the device.
– Many components are modular and can be replaced individually.
– The DC-in port is soldered to the motherboard, but is unlikely to experience much wear, considering the device stays plugged in.
– The touch board is strongly adhered to the upper case.

For the full Google Home teardown jump over to the official iFixit website via the link below.