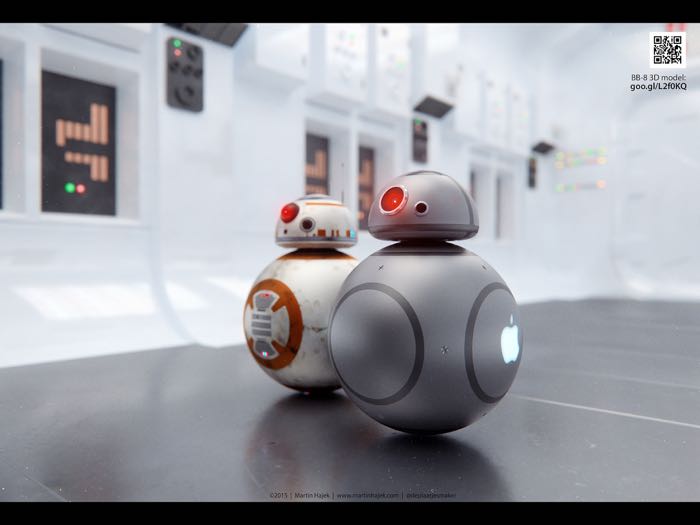 BB-8 is the new droid from Star Wars the Force Awakens, and designer Martin Hajek has released some new concept designs of a BB-8 inspired droid which he calls iBB-A.

If Apple made robots, we presume they would look like this concept from Martin Hajek, have a look at the photos below. 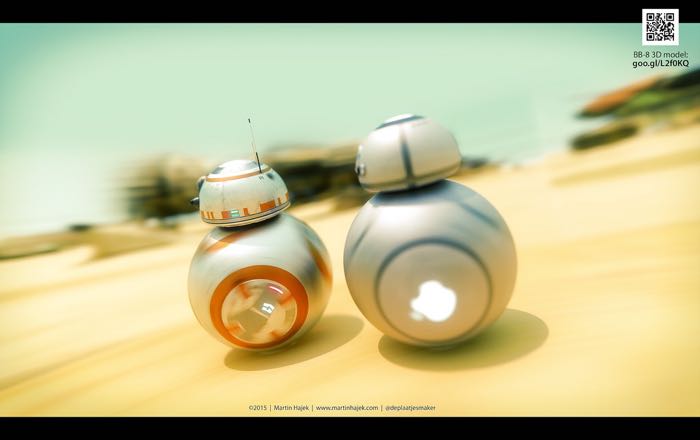 What if Jony Ive gave design tips to JJ Abrams for the new droids?

Introducing; iBB-A
With built in projector and circular touch-screen interface, it will be available in silver, gold and (of course) space-grey!
Want to have a go at designing your own droid? 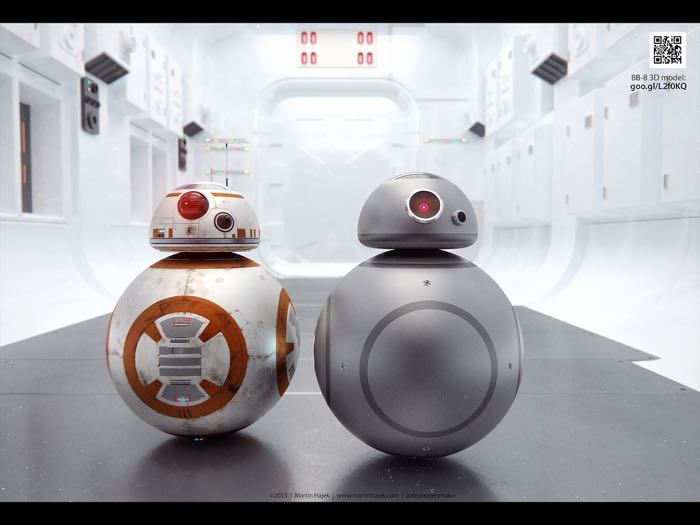 You can see lots more photos of this fun Apple inspired robot concept over at Martin’s website at the link below.