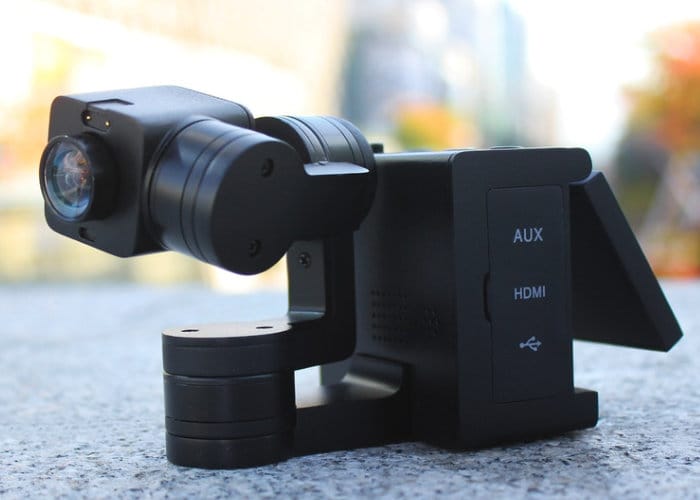 Photographers and YouTubers searching for a small portable 4K camera complete with interchangeable lenses and gimbal system for smooth quality recordings, may be interested in the new Idolcam. Which has this week launched via Kickstarter and has already raised over $35,000 with still 29 days remaining on its campaign.

Idolcam has been created to provide users with the “world’s first pocket-sized camera” and is equipped with a three axis gimbal normally more associated with drone cameras, as well as interchangeable lenses that provide the quality of a DSLR camera. Other features include a 180 degree flip-able touchscreen for vlogging and of course 4K video capture. “The 3 axis gimbal provide very stable footage that will satisfy most users, but for perfectionist users, a 4th axis suspension arm will further reduce the vertical motion that 3 axis gimbal can’t compensate and produce true flying motion comparable to drones and steady-cams.”

Check out the video below which provides footage captured with an early Idolcam prototype while interviewing Naomi Wu who was also featured recently in the Raspberry Pi official magazine. For full specifications on the small portable 4K camera jump over to the official Kickstarter campaign page by following the link below where pledges are available for early bird backers from $350 or £248. If all goes well worldwide shipping is expected to take place during October 2018.