If you have been patiently waiting for the launch of Google’s next major build of Android named Ice Cream Sandwich (ICS), you will be pleased to know your wait is nearly over.

This morning Google published the arrival date of Ice Cream Sandwich via the Android Developer YouTube channel, which was counting down the the launch date of the new Android system, October 11th. However after being discovered the live event channel has now been pulled, but not before a screenshot was taken by Tech Crunch. 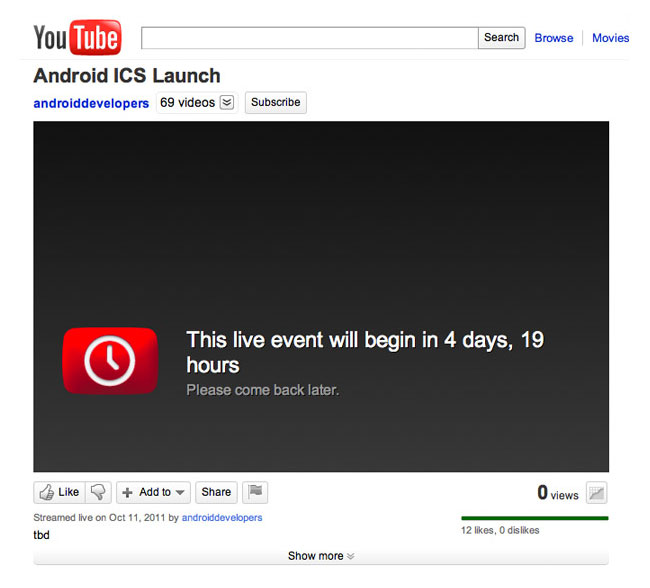 The new major build of Android Ice Cream Sandwich will be debuting at the Samsung Unpacked event together with the new Galaxy Nexus the device formerly known as the Nexus Prime. As always we will keep you fully updated with any news as and when it arrives on October 11th.