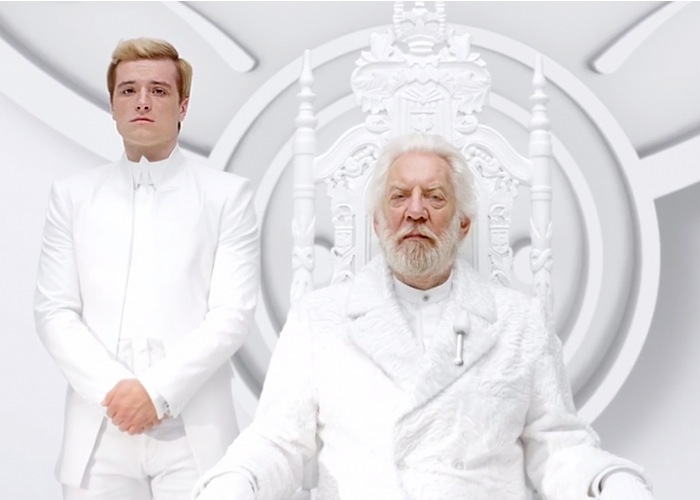 Hunger fans looking forward to the first chapter of the final movie in the Hunger Games story, that will be arriving in theatres later this year on November 21st 2014, are sure to enjoy this new teaser trailer released to whet your appetite.

The new Hunger Games Mockingjay Part I trailer opens with an address by President Snow played by Donald Sutherland to the people of Panem, with as message to Katniss Everdeen to stay inline.

Meanwhile, Peeta played by Josh Hutchreson, who was taken by the government in the last movie in the storyline, can be seen uncomfortably standing by the side of the president both of which are dresses in white.

The Hunger Games movies are based on the The Hunger Games trilogy of books created and written by Suzanne Collins named The Hunger Games, Catching Fire and Mockingjay. The last of which will be transformed into a two part movie, which seem to be the fashion with movie producers at the time and help squeeze as much revenue out of the movies as possible.

“The Hunger Games universe is a dystopia set in North America where residents aged 12 to 18 of different geographic regions are chosen by random drawing to participate in a compulsory annual televised death match called The Hunger Games.”