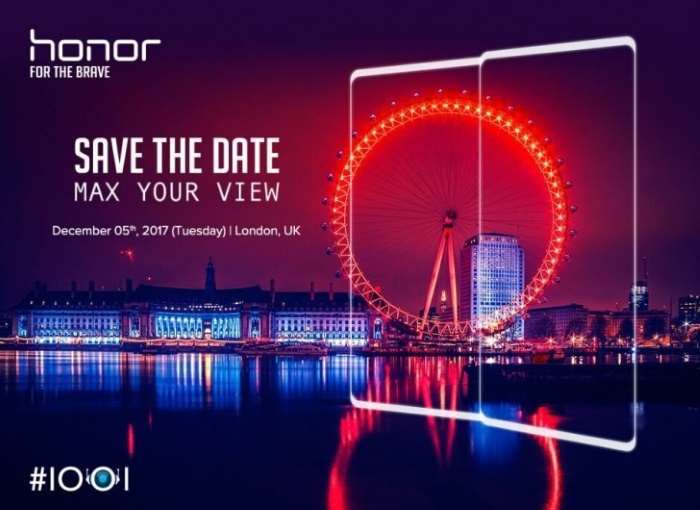 Not too long ago, Huawei introduced the Honor 7X and is also said to be working on the new Mate 10 series which is expected to launch later this week.

Huawei has scheduled an event on December 5th in London where the company is expected to launch a new bezel free smartphone.

The company’s invite didn’t mention which smartphone the company is expected to launch at the event, but we can assume that it’s going to be a Honor device featuring top-of-the-line specifications on board. The invite mentions “Max your view”, suggesting at a phablet launch by the end of this, possibly a device to compete against the likes of the Galaxy Note 8 and iPhone 8 Plus.

There’s no word about the alleged device even in the rumor mill, but the handset is expected to ship with a Kirin 970 processor which the company introduced a few days back.

It’s a little too early to talk about the device, but we’re pretty sure we’ll hear more about them in the coming weeks. We’ll update you as soon as we get to hear anything more about the mysterious device.