We’ve seen the Huawei MediaPad X1 getting leaked a few times in the past few weeks. The Chinese OEM even posted a  teaser video hinting at the launch of a new tablet, as well as a smartphone at the Mobile World Congress next week.

Recently, some images of the alleged Huawei MediaPad X1 surfaced on the internet from Chinese shores, giving us a glimpse of how it will look like in terms of design. 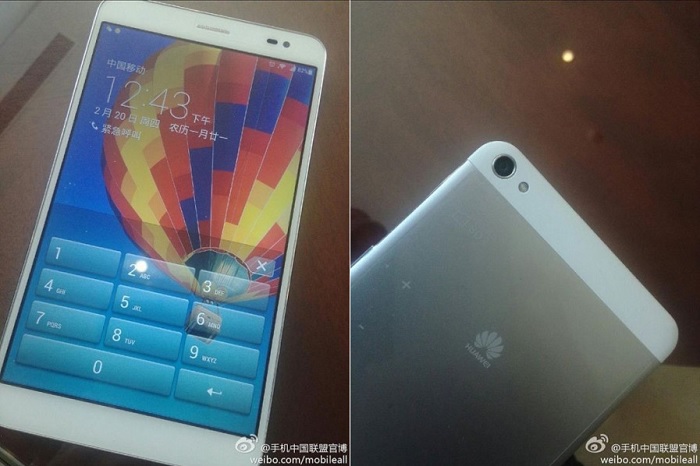 At first sight, it looks quite similar to the images we spotted when the device passed through TENAA, a Chinese equivalent to FCC, and look, it’s in gold which looks similar to the color introduced in the iPhone 5S. Additionally, it seems it will come with a flip cover feature as well. Here are some images for your viewing pleasure:

The tablet’s detailed specifications were also leaked when it made an appearance on Chinese regulatory authorities. Huawei MediaPad X1 is rumored to come with a 7-inch TFT display boasting a resolution of 1920 x 1200 pixels, and will be powered by a quad-core 1.6GHz Hisilicon 910 Kirin processor with Mali-450 GPU and 2GB of RAM.

Other features include 5MP rear camera for photos and videos, 1.3MP front-facing camera,  3G, Wi-Fi, Bluetooth, GPS connectivity and should come with Android 4.2 Jelly Bean pre-installed out of the box — we are expecting it to launch with the latest Android 4.4 Kitkat. The tablet measures 183.5 x 103.9 x 7.5 mm and weighs 239 g.

Huawei is expected to unveil the device a day before MWC 2014 kicks off on Sunday, February 23rd.