After being unveiled earlier this year at the CES exhibition in Las Vegas, the Huawei Media M310 Android media player is now being showcased at this weeks Mobile World Congress (MWC) exhibition in Barcelona.

To Re-cap the Huawei Media M310 mini media player is powered by a quad-core HiSilicon K3V2 ARM Cortex A9 processor, supported by 1GB of RAM, and connects to your HDTV via a HDMI port. 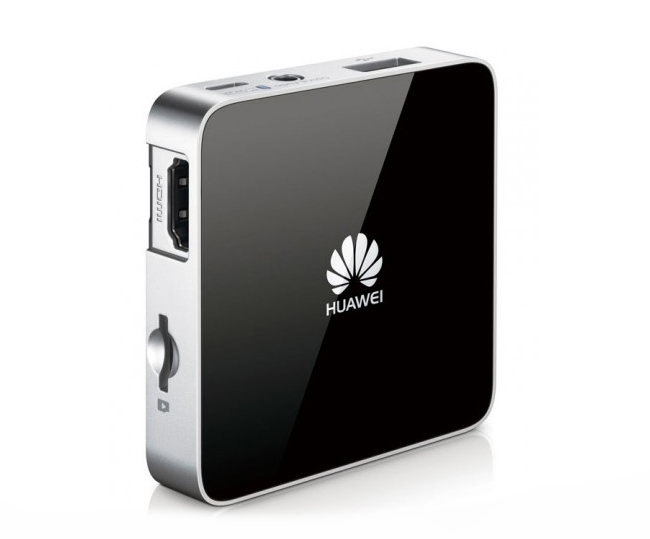 The Huawei Media M310 is equipped with 32GB of internal storage and has a microSD card slot for expansion when required to hold extra media. other features of the Huawei MediaQ M310 include 1 x SPDIF, 3.5 mm stereo jack and mic, 2 x USB 2.0 host ports and Huawei multi-screen.

The Huawei Media M310 is expected to be priced at around $80 when is starts shipping later this year, and will come pre-loaded with games including Ducati Bike and Breaker’s Revenge II, together with a a universal learning remote control that controls the Huawei Media M310 set-top box.