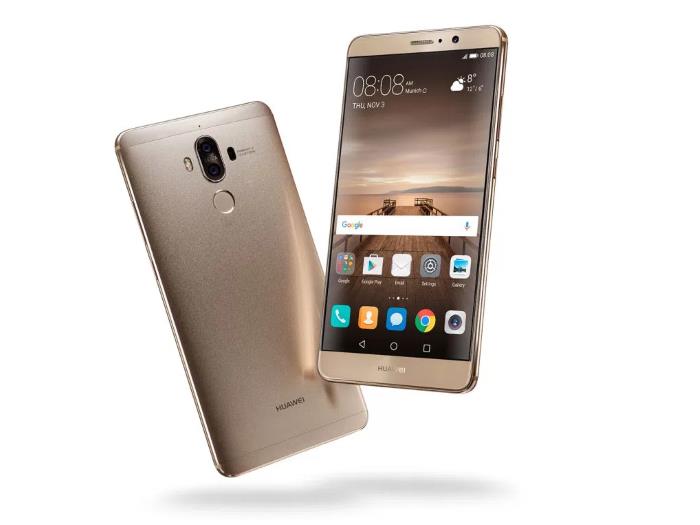 After a handful of rumors and leaks, Huawei has finally taken the wraps off their latest flagship phablet, the Mate 9.

The phablet ships with a 5.9-inch display sporting a resolution of 1920 by 1080 which is a bummer as most flagship devices nowadays ship with QHD resolution. Nonetheless, it’s not a big thing to worry about as the company also launched a premium version of the handset, dubbed as the Mate 9 Porsche design.

The handset is powered by a Kirin 960 processor paired with 4GB of RAM on board and 64GB of internal storage coupled with a microSD card slot for expansion. The device measures 156.9 x 78.9 x 7.9 mm and comes with a dual-camera setup on the back with a 20MP f/2.2 monochrome and a 12MP f/2.2 color sensors.

Other features includes a fingerprint sensor as an added security measure, an 8MP front-facing camera, a massive 4,000 mAh non-removable battery and ships with Android 7.0 Nougat pre-installed out of the box. The device is set to launch in six exciting color options: Space Gray, Moonlight Silver, Champagne Gold, Mocha Brown, Ceramic White, and Black.

Initially, the phablet is set to hit retail in China, France, Germany, Italy, Japan, Kuwait, Malaysia, Poland, Saudi Arabia, Spain, Thailand, and United Arab Emirates followed by other key markets. Complete pricing details for different markets are not yet available, but it’s price in Europe is expected to be €699.