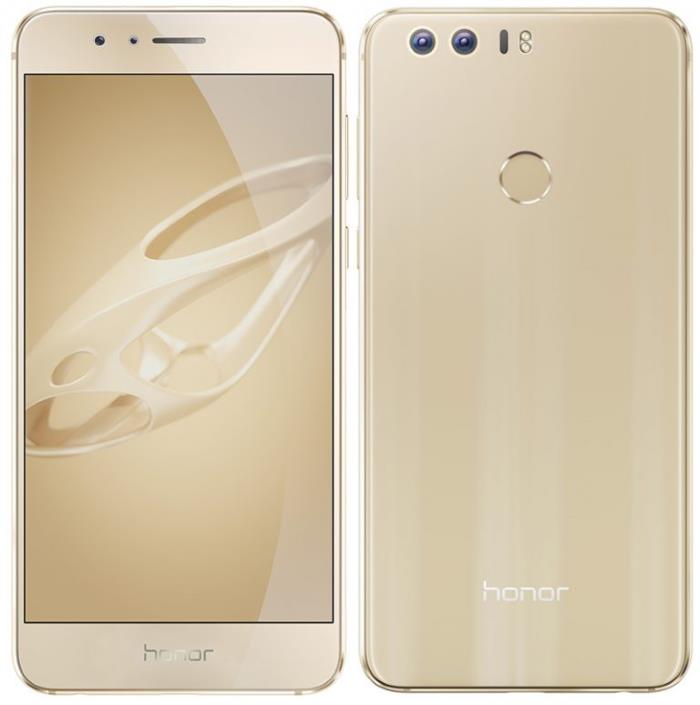 Earlier this month, we saw some leaked press renders of the Huawei Honor 8 featuring dual cameras on the back.

The most attractive feature is the 12MP dual camera on the back of the device, as revealed by leaked renders we saw earlier this month. The cameras feature laser auto focus for sharper images and 1.76-micron pixel size for low-light conditions.

The handset features a premium metal design and comes with a 5.2-inch display sporting a resolution of 1920 by 1080 pixels. The handset features multiple versions similar to other Huawei handsets: the 32GB version comes with 3GB of RAM on board while the 64/128GB version boasts 4GB of RAM. A microSD card slot is also present if you want expandable storage on your device.

Other features includes an 8MP front-facing camera, a 3,000 mAh battery to make sure you don’t run out of juice, 4G LTE connectivity, a fingerprint sensor, infrared sensor and ships with Android 6.0 Marshmallow pre-installed out of the box.

The handset comes in Pearl White, Sunrise Gold, Midnight Black, Sakura Pink and Sapphire Blue color options. As for pricing, the 3GB RAM/32GB storage netcom / carrier version is going to set you back by 1999 yuan while the 64GB/4GB RAM version costs 2299 yuan. The top of the line 4GB of RAM and 64GB storage version costs 2499 yuan.

There’s no word about the launch of the handset in international markets, but we’re pretty sure it’s going to make its way to other global markets very soon.