The Chinese OEM Huawei and the North London-based football club Arsenal have announced a global partnership deal that will see Huawei becoming the offficial smartphone partner for Arsenal.

The deal will last until the end of the 2015/2016 season and will see global collaboration between Huawei and Arsenal, with players taking part in promotional activities with Huawei in both the UK and overseas. 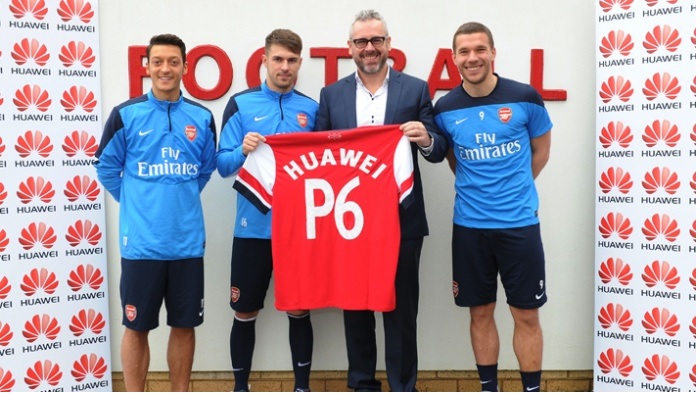 “We are delighted to welcome Huawei to Arsenal as an official partner. This is the first global deal we have signed with a Chinese brand, demonstrating our long-term commitment to the market through pre-season tours and sustained digital fan engagement. Huawei is a genuine leader in its field, serving more than a third of the world’s population with its information and communications technology. We are delighted to be partnering with Huawei at such an exciting time in the development of its brand globally, and in particular in the UK and Europe,” according to Tom Fox, the Club’s chief commercial officer.

Under the partnership, Huawei will also present exclusive offers, content and brand presence during Arsenal matches for the fans in the stadium. Additionally, Huawei will also have access to Arsenal’s extensive marketing database and exclusive match day hospitality for competition winners at Emirates Stadium.

“Huawei is delighted to partner with Arsenal, one of the world’s leading football clubs. We are a young, dynamic brand, as well as a technical leader in our field and this makes us a great brand match for a club with the global stature of Arsenal. We look forward to working with all the team at Emirates Stadium over the coming years,” said Mark Mitchinson, executive vice president at Huawei Technologies UK

What do you think about this new partnership? Could this mean supporters can get the new offers, even free handsets for Arsenal supporters at the stadium?