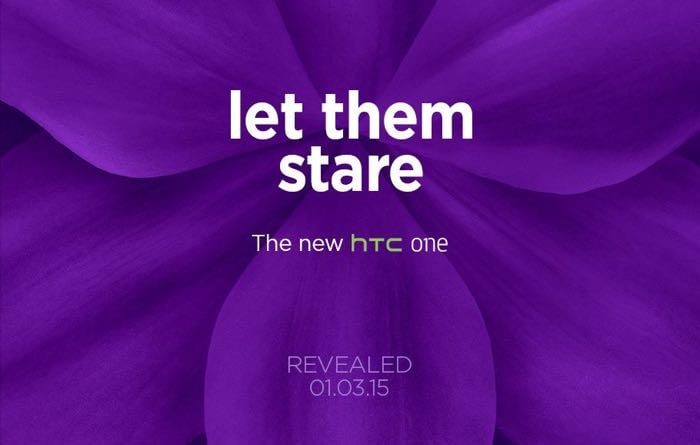 We know that the new HTC One M9 will be announced at Mobile World Congress next month, and now HTC has confirmed the date of their press conference, Sunday the 1st of March.

HTC posted the photo above on Twitter, confirming that they will be unveiling their new HTC One M9 smartphone at the event.

The HTC One M9 will come with Android Lollipop and the handset is expected to come with a number of high end specifications.

Some of the rumored specifications for the new HTC One M9 include a 5 inch display with a Quad HD resolution of 2560 x 1440 pixels.

The handset is rumored to be powered by the new eight core 64-bit Qualcomm Snapdragon 810 processor and the device will also come with 3GB or RAM, plus a range of storage options.

HTC are also expected to release a new version of their HTC Sense custom user interface and the One M9 is rumored to come with HTC Sense 7.0.