We heard a rumor about the new HTC Evo One last week, the device is rumored to be the Sprint version of the HTC One X and it is expected to be announced this week, possibly today.

The guys over at Pocket Now have got their hands on some press photos of the new HTC Evo One, which you can see below, the middle device, and it is expected to come with a dual core 1.5GHz Snapdragon processor. 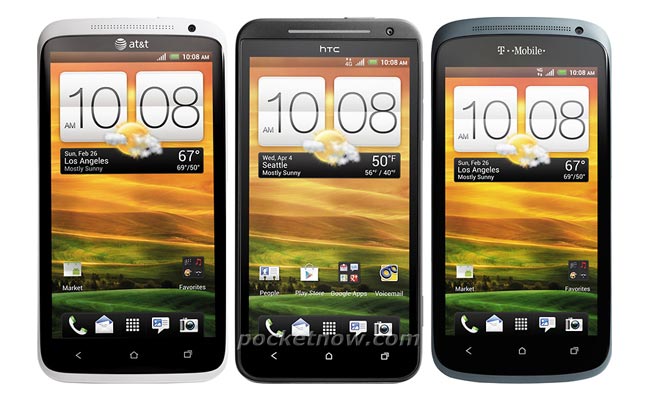 Other specifications on the HTC Evo One include a 4.7 inch AMOLED HD touchscreen display with a resolution of 1280 x 720 pixels, plus 16GB of built in storage, an 8 megapixel camera on the back and a 2 megapixel camera up front.

Hopefully there should be some sort of official announcement on the HTC Evo One some time today or maybe later in the week as soon as we get some more information we will let you guys know.