We heard back in February that HTC’s Facebook phones would be headed to US mobile carrier AT&T, and now it looks like the HTC ChaCha is going to launch on AT&T within the next few weeks and it will be called the HTC Status.

According to the BGR, HTC will be calling the ChaCha, the HTC Status with AT&T, and it could go on sale within the next week, or at the most the next two to three weeks. 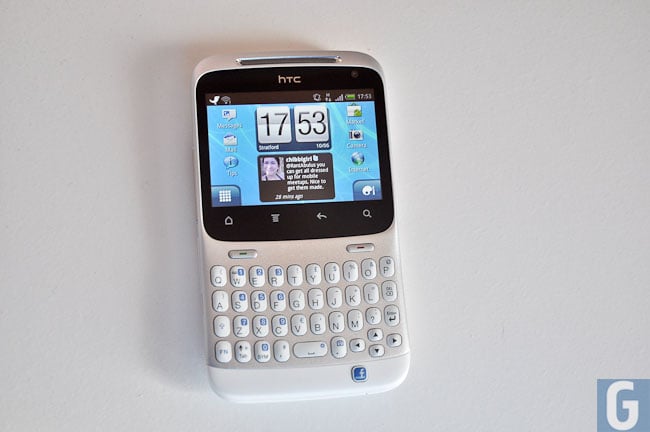 As a reminder the HTC ChaCha or HTC Status as it will be called with AT& features Android Gingerbread with HTC’s Sense UI, plus a 2.6 inch touch screen display with a resolution of 480 x 320 pixels.

There is also a full QWERTY keyboard, plus an 800MHz processor, 512MB of RAM and 512MB of ROM, plus a microSD card slot, a 3.5mm audio jack, digital compass, G-sensor, proximity sensor and an ambient light sensor.

The HTC Status features a five megapixel camera on the back with built in auto-focus and an LED flash, plus there is a VGA camera up front for video chat.

AT&T haven’t announced exactly when it will go on sale, although it looks like within the next few weeks, we don’t as yet have any details on pricing as soon as we get some more information we will let you guys know. Take a look and our article on Android vs iPhone to see which smartphone and mobile platform is best for you.