Sprint has announced its first Windows Phone 7 smartphone, the HTC Arrive, which is basically the HTC 7 Pro, and it will be available on Sprint from the 20th of March.

The HTC Arrive will be available for $199 on a two year contract with Sprint, after a $100 mail in rebate, and it looks like it will actually ship with the new Windows Phone 7 update with copy and paste. 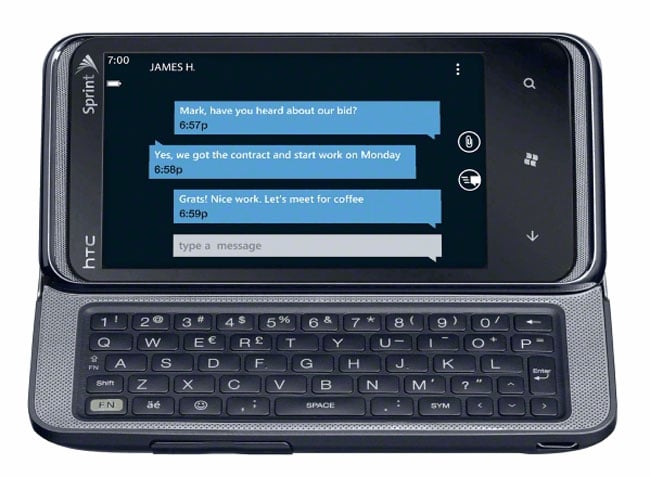 The HTC Arrive features a 1GHz Qualcomm Snapdragon processor, plus a 5 megapixel camera which can record HD video in 720p, there is also 16GB of built in storage.