HP has been revealed this week that it is creating a new laptop system in the form of the HP SlateBook 14, that has been equipped with a powerful Nvidia Tegra processor and comes running Android as its operating system of choice.

HP has not yet officially launched the new HP SlateBook 14 but has posted a video of the device on its website together with a view hardware specifications. 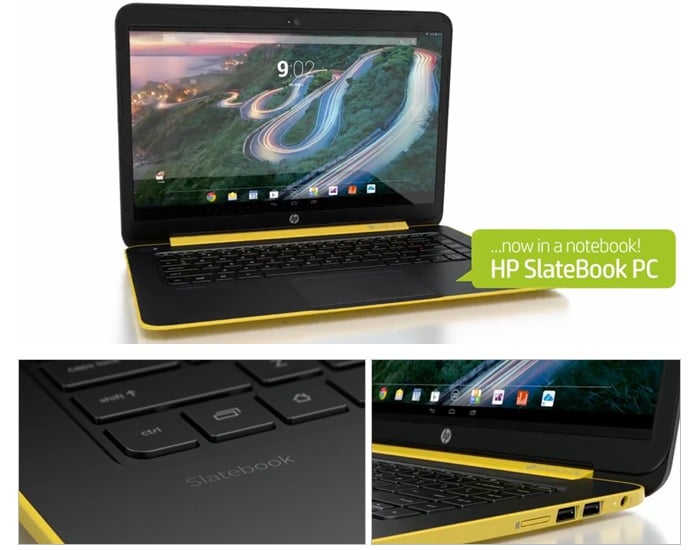 Within the listing on the HP website the new HP SlateBook 14 is stated to be equipped with a 14 inch full HD touchscreen however its exact resolution has not yet been revealed. Other features of the new HP Android laptop include a full version of Android (Jelly Bean most probably) with Google Play connectivity included.

Together with a microSD card slot, HDMI port, 3 USB ports, and audio jack. Check out the video below for a brief glimpse at the new HP SlateBook 14 laptop in action.

Unfortunately no information on pricing or worldwide availability has been released as yet by HP for their new HP SlateBook 14, but as soon as information comes to light we will keep you updated as always.