This week HP have announced and been demonstrating a new HP Holographic Glasses Free Portable 3D Display, which has been created by modifying a conventional liquid-crystal display (LCD) that can be found in many devices. 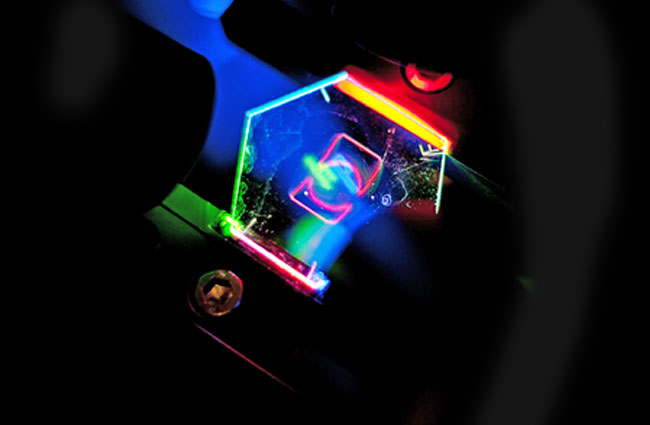 Traditional 3D screens type found in movie theatres and on home 3D HDTVs provide the viewer with only one perspective, but the new HP Holographic screen are capable of providing a multiview 3D display by reproducing all the light rays reflecting off an object from every angle and to get a different image to the left and right eye of the viewer.

Watch the video below to see a demonstration of the new HP Holographic screen in action and see a glimpse of what you can expected in the future of displays.

“The HP Holographic researchers showed that they could make static images with 200 viewpoints, or videos with 64 viewpoints and 30 frames per second—so far. The number of viewpoints in the video system has been limited by their ability to put the backlight together with the nanopatterned liquid-crystal shutters in the lab.”