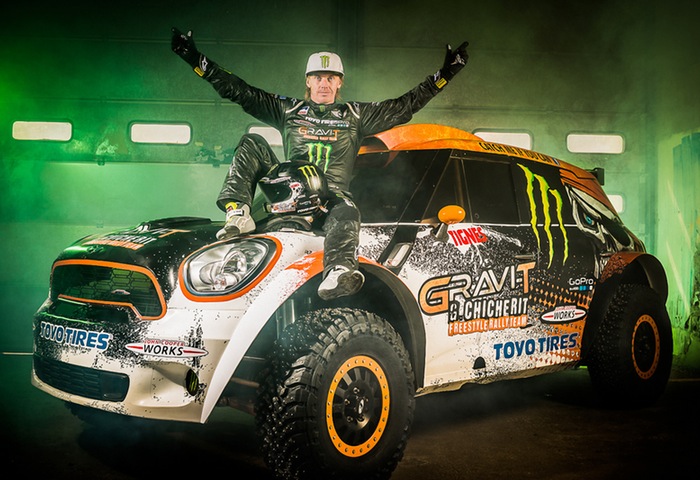 We have featured GoPro action camera footage many times before here on Geeky Gadgets but the GoPro cameras attached to the car of Guerlain Chicherit while he was trying to set a new jump record. Captured the moment he released the car wasn’t going to make it and the subsequent crash afterwards.

Luckily for Guerlain Chicherit he survived the horrendous crash which was captured from multiple angles thanks to the GoPro cameras mounted to his car. Relive the jump and the story of his record attempt after the break.

“Professional skier and rally driver Guerlain Chicherit attempted to beat the world record for longest ramp car jump. The result was not what he had hoped for (min:sec that starts the teaser video), and the video that came from it was not just a crash video.

The life of a professional stunt athlete is rarely without consequences, James explains. We see them fall, crash, get hurt and, yes, sometimes they die. But what we captured inside of Guerlain’s car was very different than a crash video — it was a deeply ethereal, intimate human experience. We captured that moment& – A look on a man’s face and a light in his eyes when he realizes, this is it. I am going to die. Three or four seconds that seem like minutes, without time.

Where I expected to see fear, panic, contortion, and pain, Guerlain shows us a deep existential calm. It was a record of one man confronting his own mortality, and ultimately experiencing a moment of what we can only describe as grace”