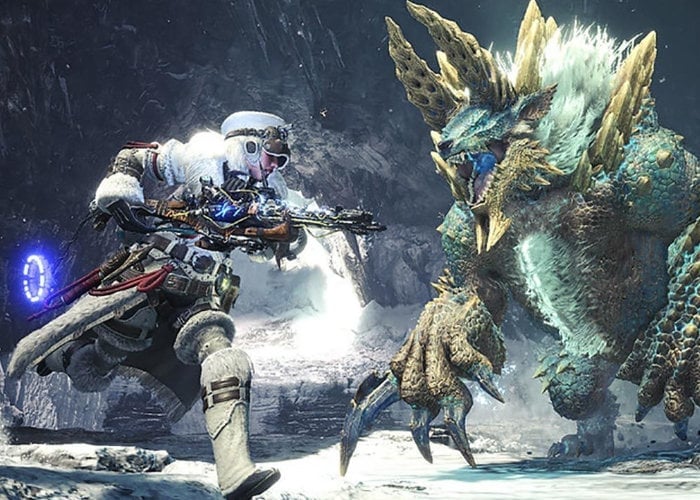 Yuri Araujo Manager, Social Media and Community at Capcom U.S.A. has taken to the official PlayStation blog this week to reveal more details about the Horizon Zero Dawn: The Frozen Wilds gear which has made its way into Monster Hunter World: Iceborne. “Hang tight, hunters. Armor sets and Palico gear are coming soon!”

“Aloy is no stranger to frigid hunting grounds and terrifying canine creatures, so when the opportunity came about to expand upon the Monster Hunter x Horizon Zero Dawn collaboration, everything started falling into place pretty seamlessly. Today, the first quest in this multi-part crossover is available for Iceborne hunters on PS4, giving players a chance to craft a special event Light Bowgun: the Stormslinger Prototype.

The way you’ll get your hands on one of these is also a nod to the source material. In Horizon Zero Dawn: The Frozen Wilds you get to fight a ferocious canine beast — known as Scorcher — that charges up its moves for powerful attacks. Sound familiar? While the technical aspects of the attacks and elements may differ, the design theme behind the Scorcher is very much like Zinogre in Iceborne. So this special Event Quest will have you hunting the thunderous beast Zinogre in Hoarfrost Reach. Make sure you’re Master Rank is 24 or above and bring some Thunder Resistance!”