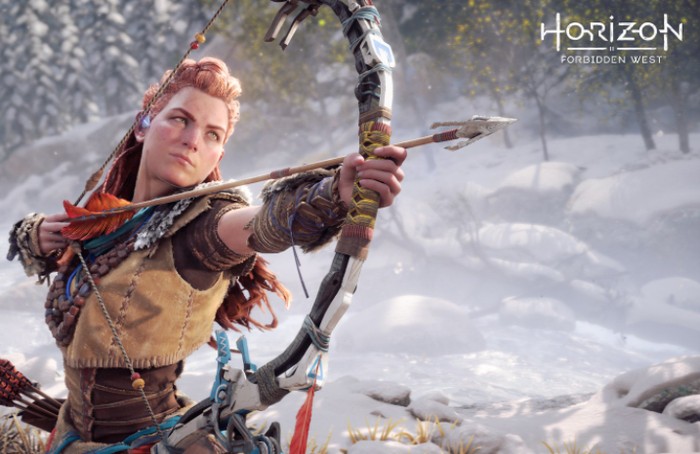 Bo de Vries from the Guerrilla has taken to the official blog to reveal more details about the design of characters, storylines and other elements of the highly anticipated Horizon Forbidden West game which will be launching on February 18th 2022 and will be exclusively available on the PlayStation 4 and PlayStation 5. The open world action adventure game has been developed by Guerrilla Games and will be published by Sony Interactive Entertainment. Providing gamers with a sequel to the original Horizon Zero Dawn game launched back in 2017.

“Aloy’s story, woven from love and loss, makes for a very compelling adventure. People from all over the world have shared with us the impact Horizon Zero Dawn has had on them, and they want more. After revealing Horizon Forbidden West’s gameplay trailer late May, fans were ecstatic to see Aloy again, fighting against machines and raiders, and even reuniting with her old friend Erend.”

“Guerrilla’s Narrative Director Ben McCaw understands these reactions well. “In Horizon Zero Dawn, Aloy goes from being the least important person in the world – a humble outcast – to the most important. Not only does she become the greatest machine hunter in the land, she discovers that she is the key to understanding Earth’s past and saving its future. Along the way, she gathers key allies to her side, like Varl, a kind Nora hunter who lost his sister in the Proving; Erend, a strong but sensitive Oseram Vanguard; and the Carja Sun-King Avad, an enlightened ruler trying to rescue his people from their bloody past.”

“Born and raised as an outcast, Aloy has a unique perspective on the world,” explains Ben. “She is deeply compassionate towards those who suffer, and highly driven to punish powerful oppressors. Although she has made many friends during her adventures, she still feels like an outsider, and the truth is, she has no real home. These aspects of her character will be explored in depth as she ventures into the mysterious frontier of the Forbidden West.”

“Horizon Forbidden West doesn’t just show an evolution of Aloy’s character, but also offers more freedom in the way she moves through and experiences the world. “In Horizon Forbidden West, we wanted to keep and expand everything that made Aloy such a great and engaging character, but also add much more. She’s still the same nimble and accurate machine hunter, but we’ve added tons of depth to the combat system. It’s still exciting to explore the world with her, yet we’ve made traversal more varied with tools like the Pullcaster and Shieldwing, both of which were on display in our gameplay trailer,” explains Ben.