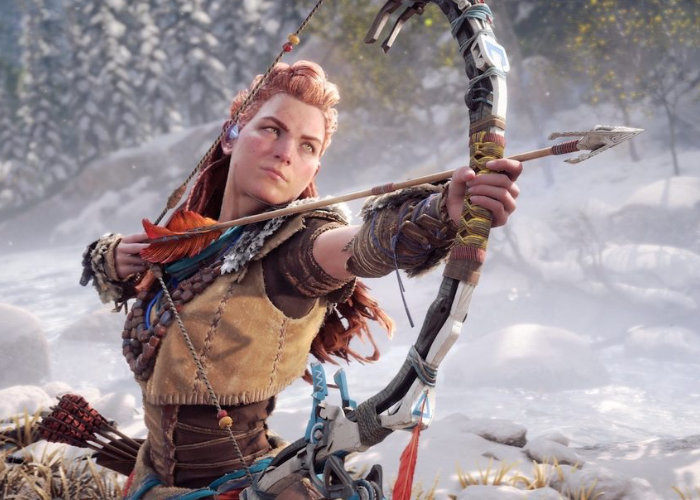 Two versions will be made available by Sony at launch and both will be powered by a CPU : 8x Zen 2 Cores @ 3.5GHz (with variable frequencies), GPU : Custom RDNA 2 w/10.28 TFLOPS, 36 CUs, @ 2.23 GHz, Memory : 16GB GDDR6, Memory bandwidth : 448GB/s, Storage : Custom 825GB SSD, IO throughput : 5.5GB/s (Raw), Typical 8-9GB/s (Compressed), Expandable storage : NVMe SSD Slot. The difference between the two PlayStation 5 consoles will be the Optical disc drive : 4K UHD Blu-ray Drive which is available on one, while the other is a digital only version with no Blu-ray drive.

“Horizon Forbidden West continues Aloy’s story as she moves west to a far-future America to brave a majestic, but dangerous frontier where she’ll face awe-inspiring machines and mysterious new threats. Coming to PlayStation 5.”