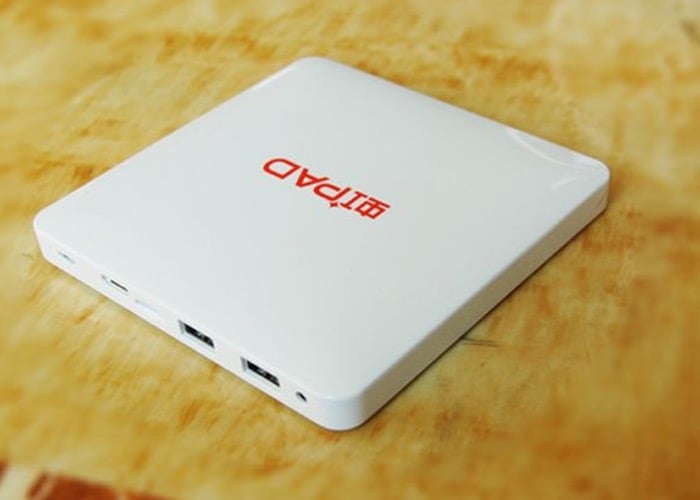 A new mini PC has been unveiled by Chinese hardware manufacturer Hongpad this week in the form of a system that has been designed to be a small TV box, but can also be used as a low-power desktop computer in the form of the Hongpad Intel Box.

The Hongpad Intel Box is powered by an Intel Atom Bay Trail-T processor that is supported by 2GB of RAM and comes supplied with 16GB of internal storage.

The small desktop mini PC is capable of running either Google’s Android operating system or Microsoft’s latest Windows 8.1, although the device is shipped without an operating system allowing you to install whichever one you prefer.

Other features of the Hongpad Intel Box include a microSD card slot for further storage expansion up to 128GB and 3 x USB ports a micro USB port and micro HDMI port. The new mini PC is selling wholesale for around $80 and is available to purchase over on the Alibaba website where more images are available to view.

During this years CES 2015 Consumer Electronics Show in Las Vegas a number of mini PC system where unveiled including the Intel NUC and HP Pavilion systems.