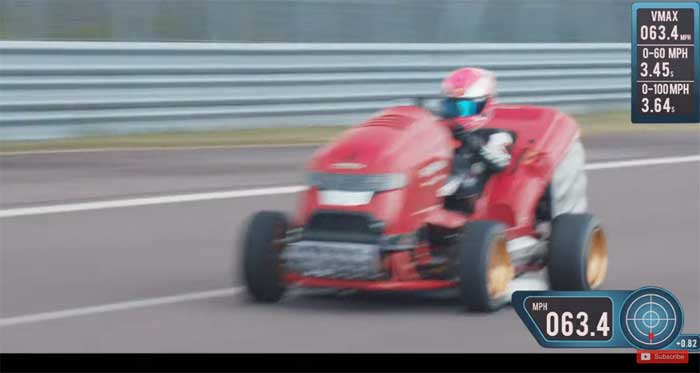 Honda has taken its wild-looking Mean Mower V2 and used the monstrosity to grab a Guinness World Record. Mean mower V2 is powered by a Honda 999cc, 200 bhp inline four from its Fireblade SP motorcycle.

Other Fireblade parts include the transmission and several other components. The Guinness World Record that the vehicle took was for the fastest 100 mph acceleration for a lawnmower.

The Mean Mower reached 100 mph in 6.285 seconds. One of the weirdest parts about the mower is that it still actually mows the grass. Honda also went on a top speed run and hit 150.99 mph.