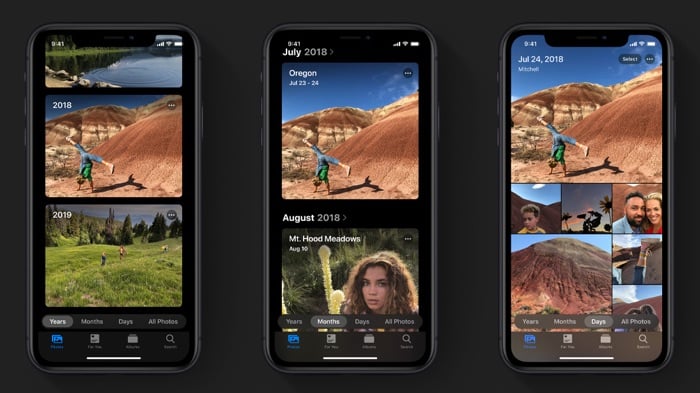 One of the major new updates in Apple’s iOS 13 will be to their Photos App, the app is getting a major re-design as well as a range of new features.

The guys from MacRumors have produced a new video which gives is a good look at the new photos app and some of its new features, have a look at the video below.

As we can see from the video there is a new user interface for the app with a new tab organization for your photos which gives a new look to the way your photos and videos are organized.

There is also a new interface for editing your photos and a range of other new features and design changes, it looks pretty impressive from the video. Apple is expected to release their iOS 13 software update some time in September along with this years new range of iPhones.