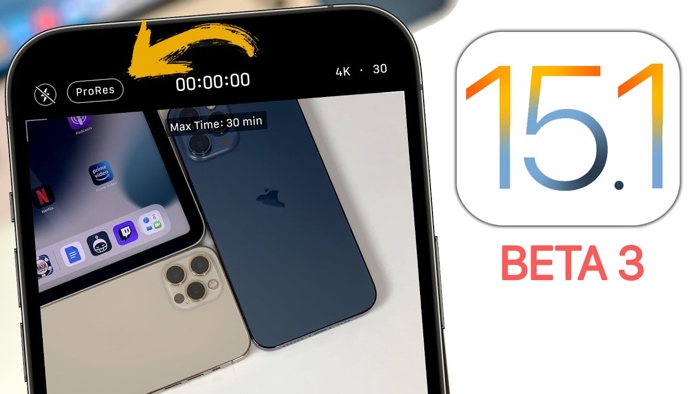 The video below from Brandon Butch gives us another look at the new iOS 15.1 Beta 3 and iPadOS 15.1 beta 2 software and the changes that are coming in this release.

The new iOS 15.1 software will enable the new Apple ProRes feature on the iPhone 13 Pro smartphones, which is designed to offer improved video recording.

This update also include the new SharePlay feature and also support for Lossless Audio and Dolby Atmos with spatial audio support to the HomePod and HomePod Mini with HomePod 15.1. There are also new features for the AirPods Pro and AirPods Max.

As yet we do not have any details on when Apple will release iOS 15.1 and iPadOS 15.1, we are expecting the software to be released some time at the end of this month. As soon as we get some details on when the update is coming, we will let you know.