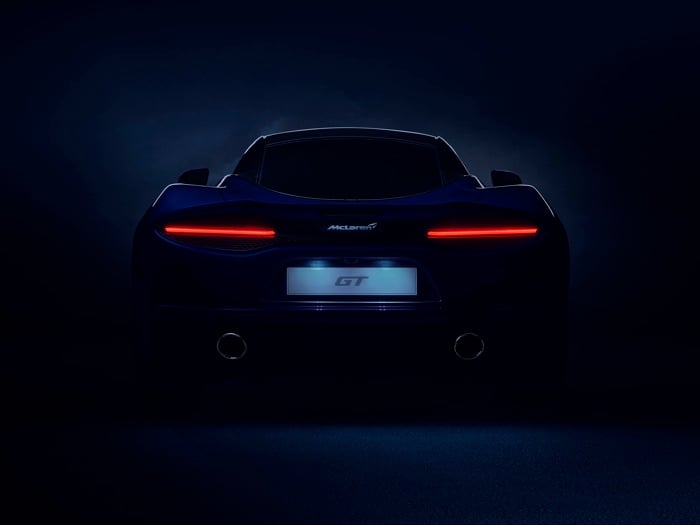 We have heard a number of rumors about the new McLaren GT and now McLaren has released a new teaser photo of the car.

The photo above gives us a quick look at the rear of the new GT car from McLaren, it will be made official next Wednesday the 15th of May.

Positioned alongside the existing McLaren Sports Series and Super Series, the McLaren GT is poised to redefine the rules of the Grand Tourer segment, introducing renowned McLaren engineering and dynamic attributes alongside high-quality materials and exceptional comfort.

The fourth new car to be confirmed under the £1.2bn McLaren Automotive Track25 business plan and the only Grand Tourer to share DNA with the McLaren Speedtail Hyper-GT, the new McLaren GT will be unveiled online in its full superlight beauty on Wednesday May 15, at 1300 BST.

You can find out more information about the new GT over at McLaren at the link below, we will have full details when it is made official next week.