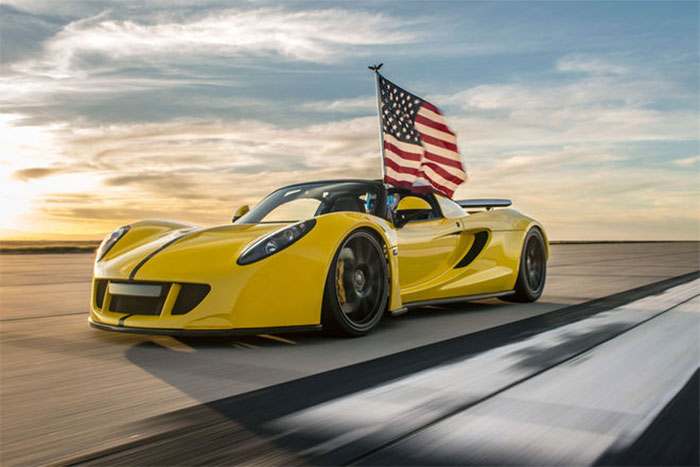 The little yellow beast that you see here is called the Hennessey Venom GT Spyder and it has just laid claim to the title of the fastest convertible in the world. It’s not a true convertible mind you, it’s actually a targa. Nitpicks aside, the car was able to reach a top speed of 265.6mph on a 2.9-mile long runway back on March 25.

You might recall the coupe version of this car was able to reach an even more astounding top speed of 270.49mph back in 2014. The Venom GT Spyder was much faster than the Bugatti Super Sport Vitesse that was able to reach a top speed of 254mph. To go that fast, the little Venom GT (based on a Lotus) packs a massive 7.0L twin-turbo V8 under the hood making 1451hp and 1287 lb-ft of torque.

The car can reach 60mph in 2.4 seconds. The record was claimed in time to celebrate the 25th anniversary of Hennessey Performance. You can buy one of three world record edition Venom GT Spyders for $1.3 million each. That is a lot of scratch for a car, but it is the fastest anywhere.