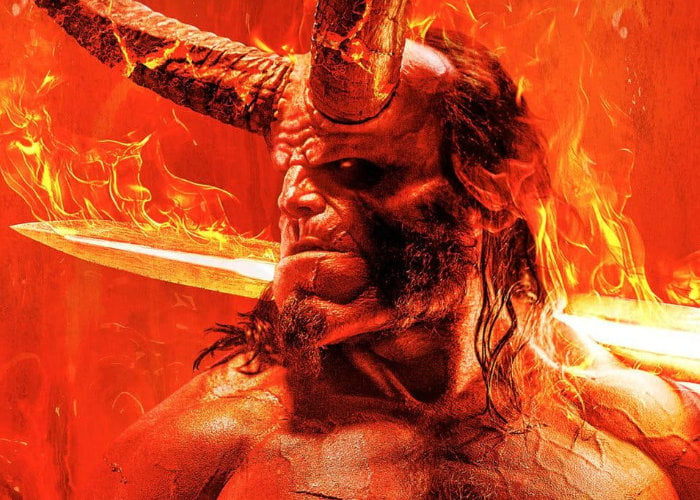 Lionsgate has released a new featurette for the upcoming Hellboy 2019 movie will be premiering on theatre screens worldwide in a few days time from April 12th, 2019 onwards. The latest Hellboy 2019 reboot stars David Harbour, Milla Jovovich, Ian McShane, Sasha Lane, Penelope Mitchell, with Daniel Dae Kim and are based on graphic novels by Mike Mignola. The Hellboy 2019 movie has been directed by Neil Marshall from a screenplay written by Andrew Cosby.

“Hellboy is called to the English countryside to battle a trio of rampaging giants. There he discovers The Blood Queen, Nimue, a resurrected ancient sorceress thirsting to avenge a past betrayal. Suddenly caught in a clash between the supernatural and the human, Hellboy is now hell-bent on stopping Nimue without triggering the end of the world.”

“The project began as a sequel to Hellboy II: The Golden Army, with Mignola and Cosby writing the script. Guillermo del Toro was not offered the full writer-director capacity he had performed in the first two films, and Ron Perlman refused to return without del Toro’s involvement. The project was turned into an R-rated reboot after Marshall was hired as the director and Harbour cast as Hellboy.”